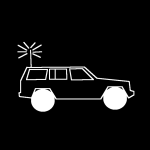 It cost money to host this site and to server up the large files for download. Please consider a small donation to help with these expenses.
Donate Today!