The wait is over, OpenRepeater version 1.1.0 is here. So what’s new you may ask? Well…a lot off stuff.

Version 1.1.0 of OpenRepeater now uses version 15.11.1 of SVXLink for our core. There have been some stability improvements added and some other backend stuff that Richard (KB3VGW) has been working on with Tobias. We have also been hard at work improving our development workflow and improving our debian packaging to lay the groundwork for future releases. 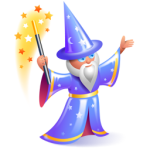 Part of the OpenRepeater Project’s goals is to make things easier. One of the steps we have taken in this version is to develop a wizard framework that will guide you through the minimum required settings to get your ORP controller up and running as quickly as possible. So the first time you login with the default username and password, you will get the setup wizard where you will be asked a couple questions and given some guidance to get up and running. It will also setup many of the setting as defaults so your are not overwhelmed with the initial setup. After everything is working, the next time you login you will see the full user interface where you can tweak setting to your liking. 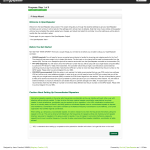 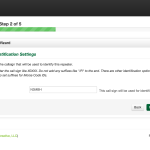 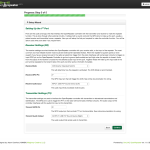 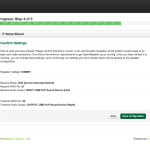 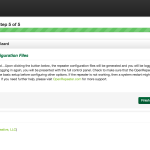 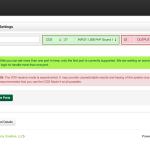 One of the bigger support issues in the previous version of ORP was with configuring the sound card. There was a lot of confusion with entering ALSA sound variables. That has change in 1.1.0. We now have a sound detection feature built in where it does some background magic and scans the system for the USB audio devices you have connected and presents them in a nifty dropdown menu. So no more cryptic ALSA device names and channel numbers. Just plug in your audio card and select it from the list.

We have also started to refine the ports a little more. You will notice that all the RX settings are grouped in green and the TX settings are grouped in red/pink. These make up a row called a port representing one TRX pair. We are also setting the stage for future releases that will support multiple ports. You can enter more than one port right now; however, only the first port will be functional. Until we finish some hardware testing and built the appropriate back end logic, it is not fully functional just yet, but will give you an idea of what is soon to come. 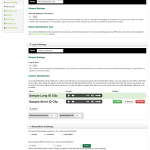 Before we had the identification hard set. Short ID was just the Spoken Callsign followed by a Morse ID. Long ID was pretty much the same thing with just time added. That has all changed.

Now you have many more options at your disposal. For each ID type, you can now disable them altogether, select morse ID only, selected basic voice ID, or even do your own custom ID with your own sound file that you recored an upload into ORP. With basic voice and custom ID options you even have the choice to append morse ID to the end and with Long IDs, you can include the current time.

There is also more control over the global morse identification settings as well. You can chose to a few different options for the suffix for the repeater callsign transmitted by morse code. You can choose no suffix, /R, or /RPT. You can also set the WPM and pitch of the ID and preview in desktop browsers to taylor it to your needs. 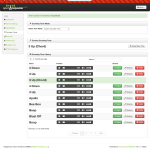 We’ve already allowed you to upload your own courtesy tones and supplied you with a library of available tones to choose from, but not everyone requires this on their machines. You now have the option to completely disable the courtesy tone, or chose a very basic beep. We’ve also made some various UI improvements and improved the sound functions under the hood that process and convert your uploaded files. We have some more improvements in the works we hope to include in later release to support preview playback on mobile browsers.

There are a number of other small improvements we have made. One of the more notable changes worth mentioning is that we have switched much of the web interface to AJAX. So what does that mean? AJAX is how it now handles requests to change data. In basic terms once a page is loaded, when you change information on the page, just those little bits of information are sent back to the controller to be updated in the settings. Before, the page would have to be reloaded every time that a change was submitted. This makes for quicker updates and less data being transferred back and forth.

There are a couple places left that require a press of a button to make changes. So if you see an “Update” button you will have to press it. Otherwise, when you make a change in a field you will notice shortly afterward the red update bar will appear at the top of the page to let you know changes have been made and the configuration needs to be rebuilt. 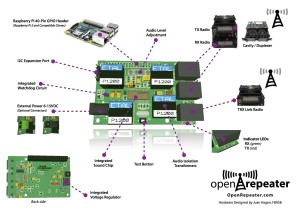 So…some updates on hardware. The board design we have shown on the site before (pictured to the left), is having some delays. We have some issues to work out with the onboard audio codec chipset. We actually hope to have some announcements soon about an interim board design (that will require and external USB sound card). Stay tuned for upcoming hardware announcements. If you haven’t already, be sure to add yourself to the hardware waiting list.