Greetings…My name is Richard Call (KB3VGW). I am a new developer joining the OpenRepeater Project.

I wanted to take a moment to fill you in on on some big changes we are working. We are working hard to make some under the hood changes to build a strong foundation for the project. The first one is we now will have Debian ARM packages making installs and updates to multiple SBC devices much easier. Right now we are testing on 2 boards of choice: the Beaglebone Black and the Odroid-C1. We have plans to include the Raspberry Pi 2 in this mix soon.

Currently we have acceess to the boards and external hardware. We will be testing with some readily available hardware, but we have plans to design our own OpenRepeater interface board(s) that will either plug-on to the SMCs or connect to them with a ribbon cable…but this will be in a later phase.

Right now our main goal is to get a working set of images that work for a few select boards. Meaning flash and go . no need to sit and do a full install. Our end goal for the project is to make it simple for the average ham without having to have much Linux know how.

We have an updated build script we are working on to aid us in building these IMG files for each device. We will eventually make this available for other developers via our GitHub Project for those of you who wish to build on other ARM boards or help us build images for other platforms.

We are also working to clean up code and lighten up the resource requirements for better performance on embedded devices. One of these plans is to move from MySQL to SQLite as MySQL is really hard on eMMC and SD drives. Once this is done new IMG with the change will roll out for each device we are supporting.

For our initial test interface, we plan on using a modified EasyDigi Interface. This will give us the basic audio isolation from the USB sound card an the radios as well as an opto-isolated PTT control. For our interface board design, our plan would be to use a circuit similar to this but also build in a soundcard, and Real Time Clock (RTC) and or GPS, and a voltage regulator to run the whole shebang on a 12v system.

We may also experiment with some other interfaces such as: the Ultimate Linker Interface, the SignaLink USB from TigerTronics, Unified Microsystems SCI-6 PC Sound Card Interface Kits, and the RIGblaster Plug & Play. The viability of these interface for this project remain to be seen. Ultimately we feel a plug and play interface board will be our best and ultimate goal.

We are hoping to have some Beta IMGs up soon so other that are interested in the project can start testing the setup. We hope to support the following boards: BeagleBone Black, Raspberry Pi 2, and Odroid C1 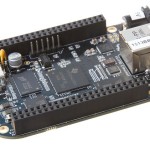 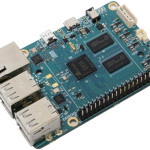 This will allow for you to start testing and helping us get improve the project. Thanks for your time and we will post once we have images up and ready for testing. If you haven’t already, please make sure you join the mailing/contributor list so we can update you via email as soon as they are ready.