A Sneak Peak at the Future of OpenRepeater 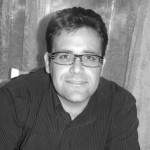 Greetings OpenRepeater users! My name is Juan Hagen! I am amateur radio operator F8ASB and I am new to the OpenRepeater Team and glad to be a part of such an exciting project. I am located in North East France and have been an amateur radio operator since 1996. The radio is a great way to learn in all areas. I maintain 2 repeater in my area: F1ZBV and F1ZBU. The F1ZBV repeater is an analog repeater with running SVXLink on a Raspberry Pi. The OpenRepeater Project is great as it builds upon the concept of SVXLink running on single board computers, but makes it much more accessible.

If you want to find out more about what I am up to personally, feel free to check out my blog at F8ASB.COM (written in French). It covers many of my achievements and projects including electronic boards, CNC machining, and amateur radio activity since 2013.

My role on the OpenRepeater team is to head up hardware design. It is our goal to make a simple but powerful interface to mate the single board computers, like the Raspberry Pi 2, with the radios. I am excite to share with you some of my work. This draws upon my previous board designs, but for the first time integrates sound and SMD components.

This board is designed to mount on top of the 40-Pin GPIO Header of the Raspberry Pi 2. It should also be compatible with Raspberry Pi clones with the same header and form factor such as the Odroid C1 and C1+ as well as others.

The interface provides radio connections for the primary receiver and transmitter as well as an additional port for a link radio. We have also integrated a sound chip on to the board that works via the GPIO header, so no USB sound card is required with this interface. Isolation transformers are included for each channel to isolate radio audio from onboard sound. Audio level adjustment pots are available to match the radio audio requirements.

We have integrated a voltage regulator circuit that powers the interface board and single-board computer via the GPIO connection. This allows for powering the OpenRepeater controller from 6 to 15 volts DC so that the controller can be powered from the same power supply as most radios.

An I2C expansion port is also provided which will allow for connection of other items such as a Real Time Clock (RTC) or an LCD / OLED display. We initially considered including the RTC on the interface, but not everyone will require it as some setups will have reliable internet connection allowing for automatic synchronization with a time server. Additionally, we have added support to the software for connecting a GPS receiver which can also synchronize system time.

Since a system like this is rather complex, there is a chance that the system could lock up. To combat this, we have added a hardware watchdog circuit that will initiate a reboot if a frozen system is detected.

Other features of the board include indicator LEDs for each port, Green LED for RX and Red for TX. There is also a test button to simulate an open squelch condition. The PCB has the option for use of a DC barrel connector or screw terminal connector as well as options for RJ12 radio connections or inline headers. 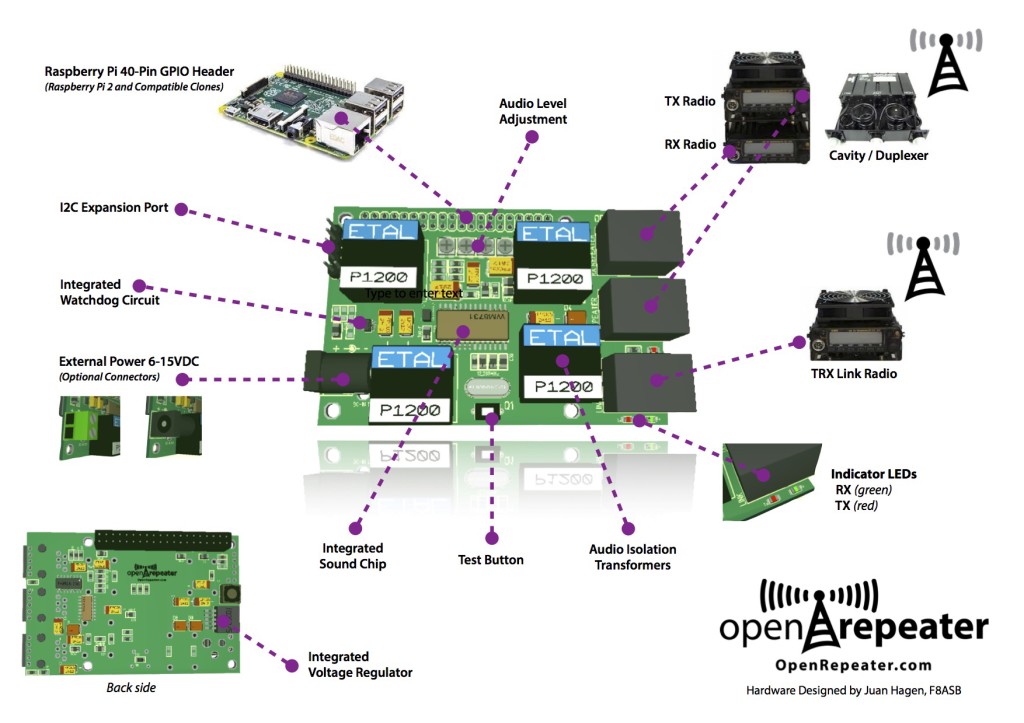 We are working to make some prototypes of the board to test and integrate with the software. The exact time frame we plan to have this available to the public is still undetermined at this time. To keep up with our progress be sure to follow us on social media by following the links at the top and bottom of the page, as well as joining our mailing list. Things are getting exciting around here, so you will want to stay in the loop.